Share a memory
Obituary & Services
Tribute Wall
Read more about the life story of Joseph and share your memory.

Campbell…Giuseppe Stefano “Joe” Carano, 87, passed away on Friday, November 11, 2022, surrounded by his family.

He was born on August 24, 1935 in Carovilli, Italy to Filomeno and Anita Rossi Carano.

At the age of 19, he boarded a ship named Homeland, and emigrated to the United States, arriving on August 2, 1954, where he settled in Campbell, Ohio.

In February 1955, he took a job at the Youngstown Sheet & Tube Company and continued working there until their shut down in 1977. Thereafter, he worked at several small mills until he finally retired in 1986.

Joe enjoyed going to the movie theaters in downtown Youngstown, and in 1955 he spotted a beautiful young lady on the bus.  He started to watch for her on his many bus rides, and he eventually saved her a seat and introduced himself.  She was Maria Loreta DeSantis, and that was the beginning of their love story.  On October 1, 1955, they married and in 2022 they celebrated their 67th wedding anniversary.

Joe was a man who lived life to its fullest.  His greatest joy was being with his family and teaching them about Italian culture.  Every get-together was treated as a celebration.  There was good food and wine, plenty of laughs, and memories being made along the way.  Joe was a true patriarch, providing for his family in every way, including building a new home for his family in 1966. His family loved him beyond measure.

Joe’s hobbies always included hard work.  He loved gardening and nurtured his many vegetables, fruit trees, and his delicate fig trees.  He made his own wine, prosciutto, cheese, sausage, and sopressata.  He loved fishing and the thrill of hunting.  He bagged many deer over the years, but his biggest hunting accomplishment was when, at the age of 82, he bagged a 13-point buck with a crossbow.

Joe was an active member of his church and community, often serving as an officer.  He belonged to the St. Lucy’s Men’s Club; the Carovillesi Club; the Pacentrani Men’s Club; and the New Middletown Gun Club.  He also participated in bocce and morra leagues.

He was preceded in death by his parents; his stepmother, Grazia Testa Carano; siblings Erminia and Ernesto; several sisters-in-law and brothers-in-law.

Prayers will begin Friday, November 18, 2022 at 9:30 a.m. at the funeral home, followed by a Mass of Christian Burial at 10:00 a.m. at Our Lady of Mt. Carmel Church in Youngstown, with the Very Rev. Msgr. Michael Cariglio officiating.

The family requests that in lieu of flowers, donations can be made in Joe’s memory to The Oblate Sisters, 50 Warner Rd SE, Hubbard, OH 44425.

To send flowers to the family or plant a tree in memory of Joseph Carano, please visit our floral store. 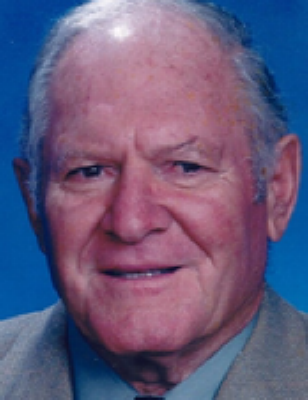