Share a memory
Obituary & Services
Tribute Wall
Read more about the life story of Sharman and share your memory.

Sharman Stephanie Simon passed away at the Cleveland Clinic on Monday, September 26, 2022, after a long and courageous battle with kidney disease.

On November 15, 1953, Sharman was born to her parents, Steve and Marie (Minarovich) Simon. She was a 1971 graduate of Boardman High School where she was a proud member of the Spartan Marching Band and the National Honor Society. While in high school, Sharman worked at Hot Sam in the Southern Park Mall and at Zayre’s department store in the Boardman Plaza.

After high school, Sharman continued her studies at Youngstown State University from which she graduated with honors in 1976, attaining a B.S. degree in Law Enforcement Administration. She was awarded the YSU Pin for both her academic achievement and service to the YSU community. While a Penguin, Sharman was a member of the Phi Mu sorority, and she began her career in law enforcement by completing an internship with the Youngstown Police Department. Upon graduation, she served as a clerk/typist at YPD, eventually becoming secretary to the Chief of Police. On December 4, 1978, Sharman was hired by YPD as a patrolman, becoming one of the first female officers in Youngstown to be assigned to a cruiser and walk a beat.

After 15 years as a patrol officer, Sharman moved to the Juvenile Division as a D.A.R.E. officer in 1994. Her duties were not limited to the classroom, however, as she was also involved in investigating all types of juvenile crimes. Officer Simon retired from YPD on May 20, 2005.

Sharman was the 2001 recipient of the YWCA Woman of the Year Award and she was also honored with a Special Recognition Award by the 124th General Assembly of Ohio. She was a member of the Youngstown Alumni Panhellenic Association, the FOP Lodge #28, and the Police and Fire Retirees of Ohio, District 2-Chapter 10. Additionally, Sharman was a founding member of the Kids Crew at Akron Children’s Hospital Mahoning Valley, a Boardman Booster, and a member of the Youngstown State Alumni Association. Selflessly, she was a member and former trustee of the American Slovak Cultural Association of the Mahoning Valley, and she was also a trustee through the Probate Court with the Thomas J. Seefred Trust.

Aside from the academic and career achievements, Sharman is best remembered as a loving daughter, sister, and aunt to her family. She was generous with both her time and treasure, always remembering her loved ones for any and every special occasion. Her kindness will never be forgotten.

Sharman is survived by her partner, Richard M. Holzschuh, with whom she made her home, her sister Kimberly (Jeff) Davis, her nephew Shane (Anne-Marie) Davis, and nieces Dr. Brittan Davis and Kellee (Daniel) Raseta. Additionally, she is survived by her grandniece, Annina Davis, who was just born three days before Sharman passed. Her strength and courage allowed Sharman to live long enough to know that “Nina” had safely arrived.

Sharman was predeceased by her parents and her sister, Rebecca (Becky) Simon.

The family has entrusted Sharman’s care to the Kubina Yuhasz Wasko Funeral Home, where they will receive friends on Friday, September 30, 2022 from 4:00 PM to 7:00 PM and again on Saturday from 8:00 AM to 9:00 AM. A brief prayer service will be held at 9:00 AM, followed by a Mass of Christian Burial at 10:00 AM at St. Angela Merici Parish, celebrated by Monsignor Robert Siffran. She will be laid to rest at Calvary Cemetery.

In lieu of flowers, friends and family may make a monetary donation to the Thomas J. Seefred Trust, in Sharman’s name, made in care of Andy Bresko at 15723 Mahoning Ave., Suite B, Diamond, OH 44412.

To send flowers to the family or plant a tree in memory of Sharman Stephanie Simon, please visit our floral store. 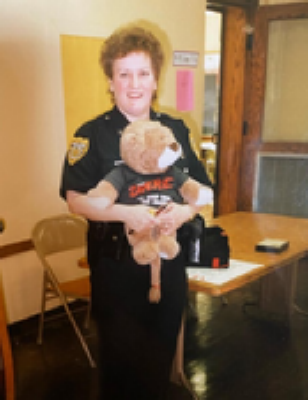